Clinical trials in the Commonwealth of the Independent States

The Commonwealth of the Independent States (CIS) is a union of post-Soviet countries, which aims to maintain economic benefits established between the former members of the USSR, while they were a single state. The CIS include Armenia, Azerbaijan, Belarus, Kazakhstan, Kyrgyzstan, Moldova, Russia, Tajikistan, and Uzbekistan. Smooth Drug Development offers clinical trials services in the CIS. 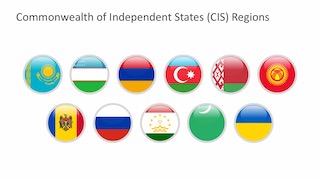 Smooth Drug Development makes research in the CIS fast and cost-effective and guarantees the highest quality.